Do You Need CrossFit Shoes?

Although there are many ways to describe it, perhaps the most distilled breakdown of the CrossFit program involves describing its central essence as weight training at high speeds. Most of the gyms for CrossFit adhere to a system which breaks down the exercise regimen into four components or elements:

In order to analyze how important footwear considerations are for CrossFit, we can look at each of these components and what they involve.

The warm-up is similar to what you would expect from an exercise session, although it is relatively varied compared to the accepted standard for warm-up periods. Warm up will involve some type of aerobic activity. 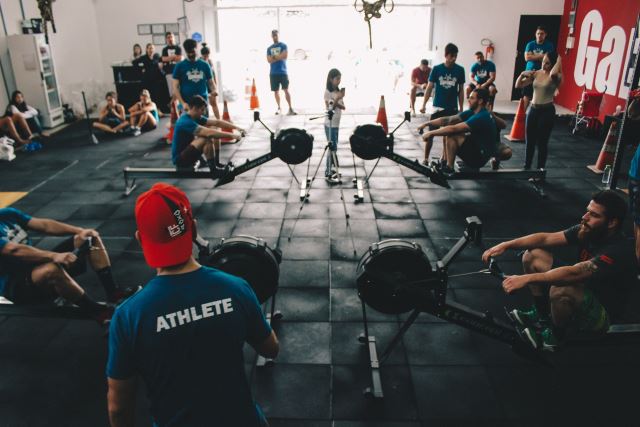 Theoretically, this could simply be jogging, but more than likely you will be doing exercises as varied as jumping rope or weightless squats, as the CrossFit philosophy deems jogging to be insufficiently stimulating for a wide range of muscle groups. Jogging alone seems to be discouraged as a warm-up exercise for being too familiar and low on intensity.

The second part of the workout is referred to in the business as a “workout of the day”. This is usually understood by its acronym, WOD, which has become one of the central terms associated with the subculture. WOD’s are an eclectic bunch, with such varied exercises as running, pull-ups, and Olympic weight training exercises making an appearance. These disparate exercises are united by a high-intensity interval training (HIIT) philosophy. HIIT basically posits that the most effective exercise is that which is done in short bursts of intense exertion followed by short rest periods for an extended period of time. 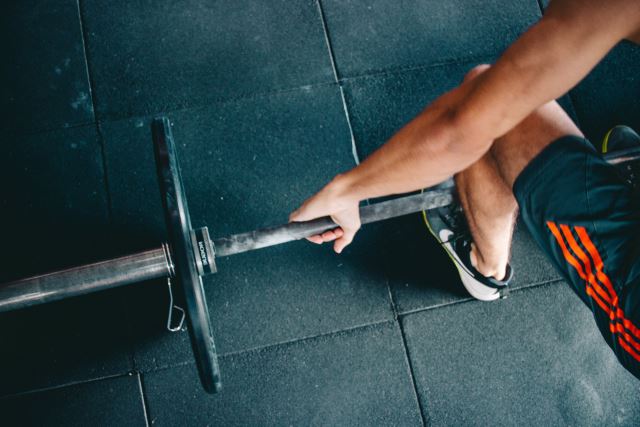 This period is meant to improve one’s performance in future WOD’s. The movements done here are generally of a slower pace than those for the WOD.

Finally, there is the stretching period which caps off the whole one-hour session. As with the weight training section, there are few rigorous movements. On the contrary, the purpose of stretching is cool the body down and slow the heart rate back to its resting state.

That being said, it is clear to see why the WOD section is the central axle of CrossFit, with all of the other elements meant to build up to it. Even the stretching period, with its focus on stretching and recovery, could be said to have the purpose of reducing the risk of injury in order to prepare for tomorrow’s WOD.

With footwear, the focus is no different. If CrossFit is your game (“game” here is a particularly apt term, as the organization itself often refers to the program or affiliated programs as “the sport of fitness”), then you are principally going to be preparing your feet to withstand whatever pounding the WOD would have them take. 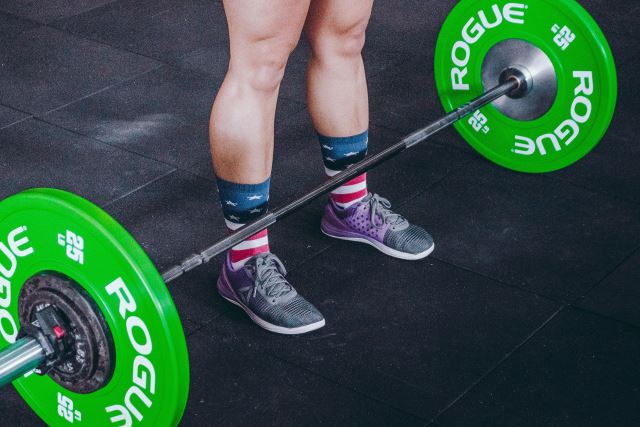 Stretching certainly requires no specialized shoes, and many of the gurus of stretching disciplines such as yoga or tai chi are notorious for practicing their craft barefoot. For the strength and skill component, there is no consensus on proper footwear for pure weight training, but it seems that it is not central to success.

Even looking back at “The Education of a Bodybuilder”, you will see that Arnold and friends often went to the gym without shoes and this did not seem to affect their ability to put on muscle for bodybuilding competitions.

But the WOD is a different story. The high-intensity exercises require your complete attention and physical devotion for a period of time. If your clothes aren’t comfortable or you are wearing accessories which don’t help you perform well, then your ability to complete the exercises under the CrossFit philosophy will suffer.

How Are CrossFit Shoes Different?

CrossFit shoes are different from a standard shoe by having the following qualities:

There are certain exercises which require strong shoes.  The best CrossFit shoes will have a good sole to absorb the impact of hitting the ground at a sprint. Box jumps and high-intensity sprinting feature prominently among the exercises for WOD’s. With the foot hitting the ground at great speed or the impact on the body as you jump on and off of a box, a shoe with good shock absorption is a necessity to save you from injuries. 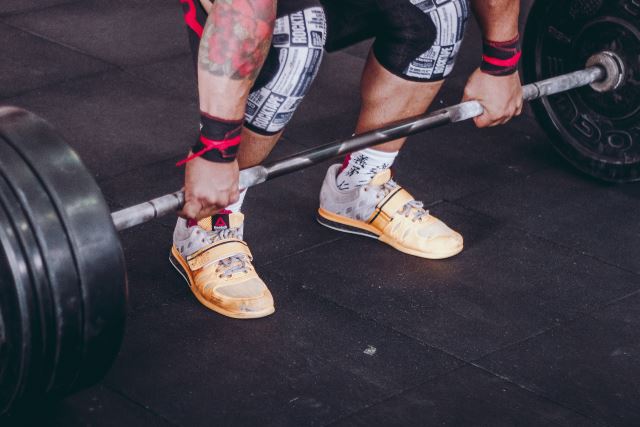 The characteristic which unites every WOD is the blazing speed at which you are instructed to complete it. It is not enough that you can do 60 push-ups, 30-box jumps, and 50 squats, but it is essential that they are completed as quickly as possible.

While a shoe for walking or basketball shoe can have a good sole to protect against impact, the weight of such shoes might be inappropriate for rapid movements.

It is recommended that CrossFit shoes be light, much like long-distance running shoes, which will allow you to get tired from the intensity of your body and movement and not from carrying excess weight in clothing and footwear.  Some of the best CrossFit shoes for women are available in narrower sizes than those for men so that they conform to the foot better

A final specialized consideration for the acolytes of CrossFit different from general athletic points is that of traction. The CrossFit shoe should prevent slipping. Some of the WOD’s require climbing exercises, which are done less effectively with improper footwear. Yet, more importantly, the operating instructions for the training emphasize speed of execution and change, which means that you are rushing from one movement to the next. If you are worried about whether or not the grip of your shoes is up to speed, then your performance suffers from a restriction of movement, speed, and even energy for the sake of safety.

Aside from that, the same goes for CrossFit as for traditional sports, as far as footwear is concerned. High expenditure of energy is coupled with profuse sweating, so you want a shoe which has the ability to keep its interior as dry and cool as possible. Tough training can take a toll on the materials, so you should have a shoe which is durable.

Let us not forget that CrossFit, as with any effective exercise program, is not just a series of exercises completed by rote, but physical performances coupled with a certain mindset. In this case, the mindset is that of using intense exercises with speed and good form to achieve results. Without the effort, results may come more slowly if they are reaped at all. Part of putting in the maximum effort is being prepared for the work at hand. Worrying about injuries or discomfort from inadequate footwear can sabotage your efforts. Make sure you are doing everything within reason to ensure success.