The Benefits Of Olympic Weightlifting 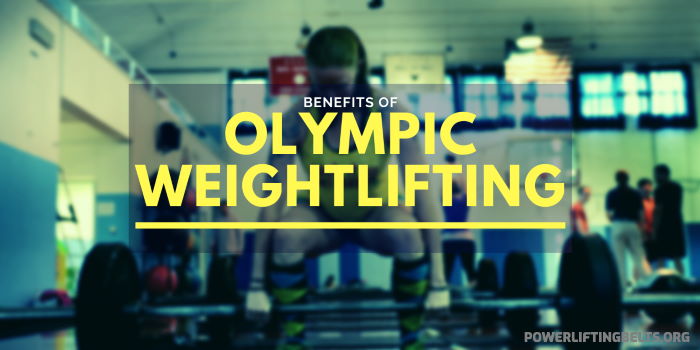 Olympic Weightlifting has been a feature of every Olympic game since 1920. It was first introduced in the year 1896 and reappeared again in 1904, as far the Olympic games are concerned. The fact that is has been an Olympic regular speaks volumes about its effectiveness and popularity and for good reason. It is also referred to as “Olympic-style weightlifting” or simply “weightlifting” in different parts of the world. It is a sport that requires the athlete to lift a barbell from the floor into an overhead position. The movement is done as an explosive motion, and the barbells are loaded to varying weights.

There are two techniques by which an athlete can perform the lift, the “Clean and Jerk” and the “Snatch”. The former involves a 2-stage lift and a narrower grip, while the latter involves a single motion performed with a wider grip. There are numerous benefits of Olympic weightlifting which include improving strength and power.

By far, the most important reason for the popularity of this as a sport and as an exercise is the fact that it utilizes a range of muscle fibers, so it helps improve strength and power drastically. Weightlifting combines the use of strength, power, and technique to get the barbell with Olympic plates or dumbbells from the initial to the final position. Failure at any of these will result in a failed attempt. 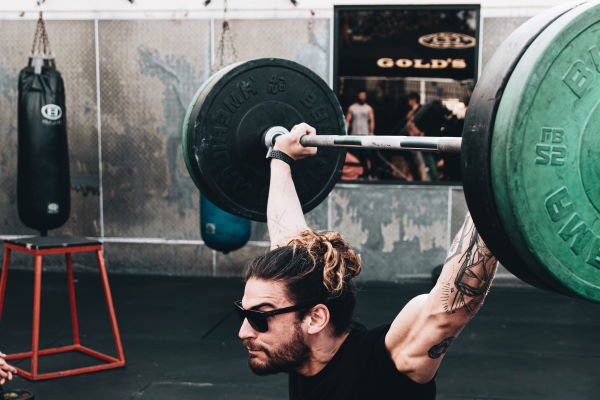 Weightlifting also focuses a lot on controlling momentum. Since the entire motion is explosive, this helps build muscle and strengthens the athlete to a large extent. The power required for this is higher than those required for other compound movements like squats and deadlifts. Weightlifting acts as an absolute beast of an alternative for these in the gym. Powerful and explosive motions similar to this make use of fast-twitch fibers in the body which, in turn, allows athletes to accelerate quicker.

Olympic weightlifting can be considered as an example of an extremely effective HIIT exercise. HIIT refers to High-Intensity Interval Training, and such exercises are known to help burn fat while building lean muscle. One of the main benefits of a weightlifting exercise program is that involves different muscle groups, all at the same time. This workout technique proves to be very efficient for fitness since it yields the best expenditure of calories. Many large muscle groups end up working together and help build the mind-muscle connection. This, along with specific hypertrophy exercises, can help build a proper physique. According to research, Olympic weightlifters have a higher lean body mass and a lower body fat percentage.

As mentioned earlier, Olympic weightlifting requires extreme levels of coordination. It involves many intricate details that need to be taken into consideration before performing. By pushing the mind to focus on these while performing such strenuous lifts, the body is trained to have high levels of skill and control. A weightlifter has to learn some very unique skills such as using the hook grip and becoming a master of the leg press. 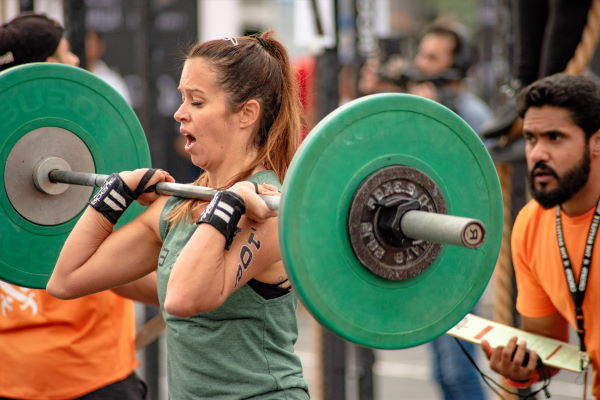 Even though weightlifters compete in similar weight categories and sometimes for world records, they may still be going against someone who has years more experience. One lapse in technique can easily result in a failed lift or even physical injury. Athletes spend years perfecting their craft, be it Snatch or Clean & Jerk. The sport demands high levels of coordination, where speed, power, momentum, and technique need to go hand-in-hand for a successful lift.

Olympic lifts involve the use of large amounts of strength. This strength training exercise puts a lot of stress on the bones of an athlete. This stress can help build bones and improve overall bone density. Dense bones mean stronger bones, reduced chance of osteoporosis and this is a huge advantage for sportsmen who go through rigorous games where the strength of their bones are put to test. The diet must compliment this kind of resistance training. The body requires a decent amount of nutrition before it puts itself under such strenuous powerlifting exercises. A bad diet leads to an inefficient workout and possible injuries during training.

Similar to many other compound exercises, this too helps build core strength. It is common knowledge that having core strength is vital to everyone and especially athletes. Core strength has a direct relation to balance, and hence strengthening the core means improving the ability to balance. The main muscle groups that get worked out in a lift include the back, obliques, and the glutes (if done right,) and these also form the main muscle groups that give the body stability. Strengthening the core also improves posture, and this can prevent future problems that might occur with aging.

The fact that many athletes across various sports do perform weightlifting sheds light on the fact that this greatly improves sports performance. Some of the main reasons are that it helps build strength, core stability, skill and control. Thus, the central nervous system is enhanced. Moreover, research has proven that the general posture in many sports resembles the posture that has to be kept while Olympic Weightlifting. 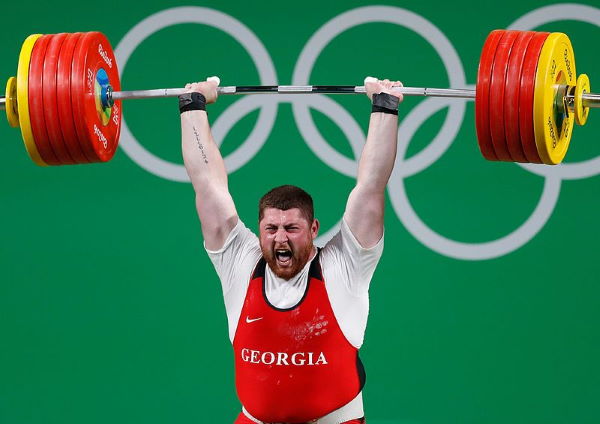 Standing in a quarter squat position while keeping the hips behind the center of gravity, shoulders in front, and the torso at an angle of 45o is a common “ready position”. This position is often seen in games like baseball. Hence, weight lifting helps improve an athlete’s performance in sports where certain positions are mimicked.

This benefit attributes mainly to the fact that weightlifting helps build correct posture and strengthens the core. Some injuries that occur in sports are due to weak muscles, bones, and/or incorrect posture. By training with the right technique in weightlifting, the athletes strengthen their core and prevent injuries that might occur due to lack of balance. Explosive training exercises and movement patterns similar to these also build skill and control which, in turn, reduces the risk of injury during games. Olympic lifts have been proven to show an increase in high-load speed-strength and an improvement in vertical jumps.

Dynamic Stability is a postural control process that ensures stability between the center of mass and the base of support. The base of support in humans is most often the feet. The center of mass usually is supported by this BOS and the stability that ensues is known as dynamic stability. One of the benefits of Olympic lifting includes improving this dynamic stability. An athlete’s career is hugely related to their age, mainly because of reduced performance with aging. Seasoned weight lifters have aged very well with comparatively less number of injuries. This type of stability can also help with daily life and other sports such as martial arts.