What Are The Side Effects? 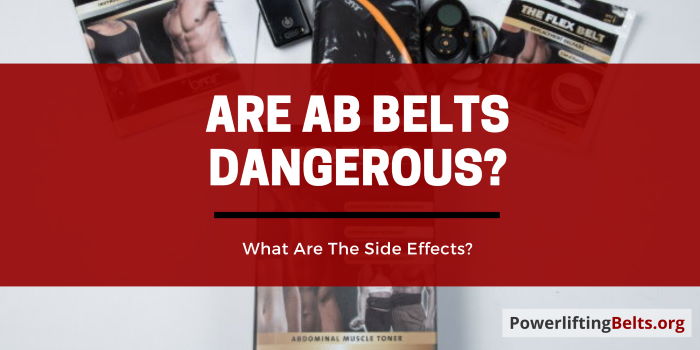 Ab belts are a popular exercise device that’s used to strengthen your abdominal muscles. The belt wraps around your waist and delivers electrical pulses, which supposedly cause the muscles in the area to be toned and better defined.

However, many people have questions about whether or not ab belts are safe. Here’s what you need to know about ab belt side effects and whether they’re right for you.

How Does An Ab Belt Work?

An ab belt sends electrical impulses to the muscles in your midsection, which causes them to contract. In other words, they can your abs work without you physically moving your body. For this reason, they are desirable to many people. 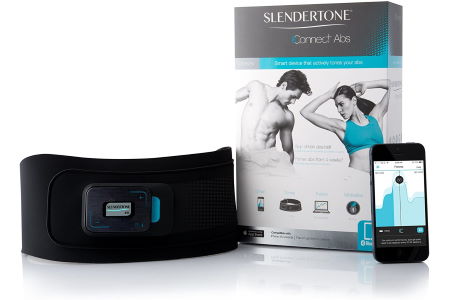 The first thing you’ll notice after switching on an ab belt on a low power setting is that it feels like something is vibrating inside of it. That sensation comes from the small electrical pulses being delivered to your abdominal muscles and them contracting very small amounts.

As you crank up the power, these contractions will become more noticeable.

Ab belts work your core muscles. They aren’t a replacement for exercise, but they can cause muscle soreness just like after a workout. The same thing happens when you lift weights or do any other form of exercise that works out your core muscles.

This is called delayed onset muscle soreness or DOMS in the fitness world. The soreness will subside after a day or 2 of resting the muscles.

This is a normal side effect of using these devices enthusiastically. If you find the soreness too painful you should use a lower setting of use the belt for a shorter period of time.

Since these devices are electronic, there is always a very low chance that they can malfunction in some way. Especially as these devices require the use of water or a water-based gel on the electrodes. 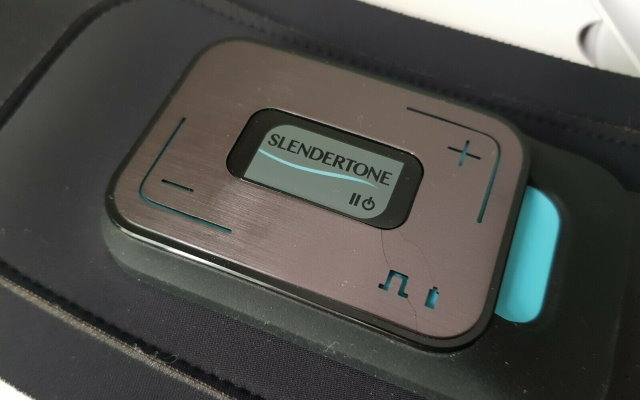 However, the popular devices on the market are manufactured to safety standards so this should not be a concern for most. Devices from well-known brands such as Slendertone have a few side effects but are safe for the majority of people.

Sweating inside the belt is common for most people. Over time, this sweat can attract dirt which then may cause irritation. Some people may develop skin rashes while others may get pimples. These skin irritations can sometimes get worse and turn into an infection.

Folliculitis is a skin condition that is often reported by dermatologists. It’s certainly not fatal. But if you’re constantly having these skin problems, you may be taking antibiotics for them.

The result is a weakened immune system, which may make you more susceptible to illness.

Being pregnant is a highly sensitive time because you’re responsible for another life. Wearing an abdominal toner during pregnancy may put the baby at risk. If you’re pregnant, your uterus might contract which may affect the birth of the child.

Furthermore, because little evidence exists regarding the effects of electric currents on fetuses, it would be best to stay away from them. They might be harmful or they might prevent normal development and growth in the baby.

Abdominal belts can be useful after birth has taken place. It can help strengthen the core muscles that support your back and pelvis during pregnancy, which may help lessen lower back pain.

If you’ve had a cesarean section, it’s best not to use an ab belt until your doctor gives permission!

Can Be Dangerous If You Have A Pacemaker

If you have a pacemaker or similar device, can your ab belt interfere with it?

When paired with an abdominal belt, a pacemaker can quickly become a life-endangering device. It is for this exact reason that they should not be used if you have a pacemaker as it could cause serious issues. 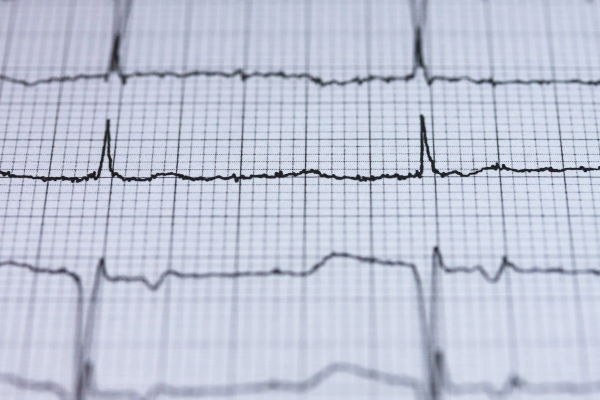 Electromagnetic interference can take place by using an abdominal belt. Your pacemakers may assume that this is an electrical signal from your body causing it to change its rate. This change in the rate at which your heart beats could be extremely dangerous.

The muscle contractions from ab belts may be too much for a muscle to handle because they are involuntary. On those occasions when they’re really bad, the tissues may get torn. The improper use of electrical stimulation increases the chances of getting a muscle tear.

If the muscle is inadequately treated, it could result in injury and bruising. You may experience some discomfort if you continually use an abdominal toning belt without giving the muscles adequate recovery time.

Burning Of The Skin

There have been some reports from people who used an abdominal toner belt and have experienced burns. When these issues arise, they usually happen because of shorts or because the electrodes get too wet and then they become too dried out. 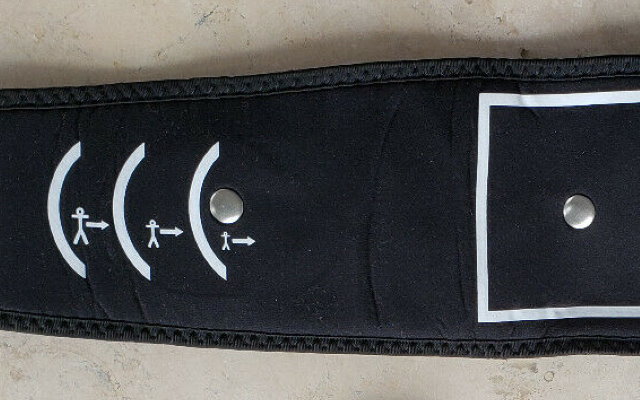 Even though the makers of the big brand products claim that they’re safe, there is always the chance of danger. These devices come with detailed instruction manuals and many safety measures. Some users may not follow these steps correctly and could therefore be harmed by them.

If someone has epilepsy, wearing this belt could trigger an epileptic seizure.

People who suffer from epilepsy may experience epileptic fits when they receive an external shock. They could include loud sounds, bright lights, or electrical shocks. When electricity flows through the body, the brain gets confused by the signals coming from different parts of the body. It sends the wrong signals to a person’s body. These are usually considered epileptic seizures. If the person falls really hard, they might injure themselves.

Anyone who has heart disease, high blood pressure, or hypertension should avoid using an abdominal toning belt because it could cause them harm. If you use this product and you have a weak heart, the electric impulses could cause your heart to beat irregularly or may trigger spasms. 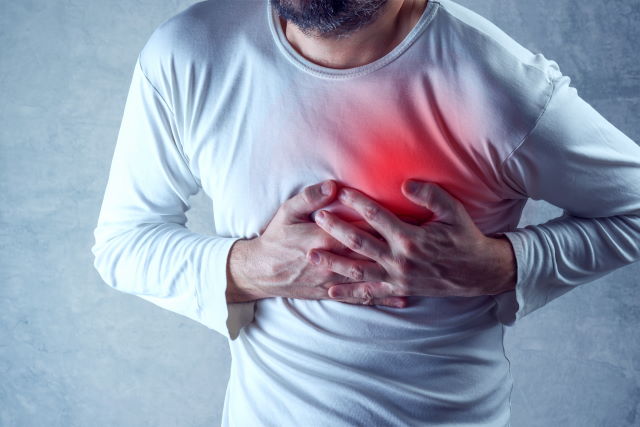 These spasms could cause the formation of clots in the arteries. People who get strokes or heart attacks often have blood clots in their system. It may also cause spasms in the coronary arteries and thus restrict blood flow and supply from the heart.

Rhabdomyolysis is a condition in which skeletal muscle tissues die, causing toxic substances to be released into the bloodstream. A recent study found that electric stimulation, such as that used in an abdominal toning belt, can cause rhabdomyolysis.

Rhabdomyolysis is usually caused by specific events, such as overexertion or injury. Using an abdominal toning belt for too much time can lead to over-contraction and muscle death, which in turn leads may lead to kidney failure.

Ab belts are safe for most people and can be a useful tool when looking to get in shape. If used correctly, they can help by strengthening your core muscles and improving your posture, but don’t expect them to give you a six-pack overnight!

They are safe for most people who use them properly. But there are also side effects to consider when they are used against the manufacturer’s guidelines.

Be sure to read the instruction manual fully before attempting to use one of these muscle-toning devices.

Don’t forget about what’s important though—always consult a doctor before starting any exercise program so that he or she can make sure it’s safe for you personally. This is especially true for people who have underlying health conditions.