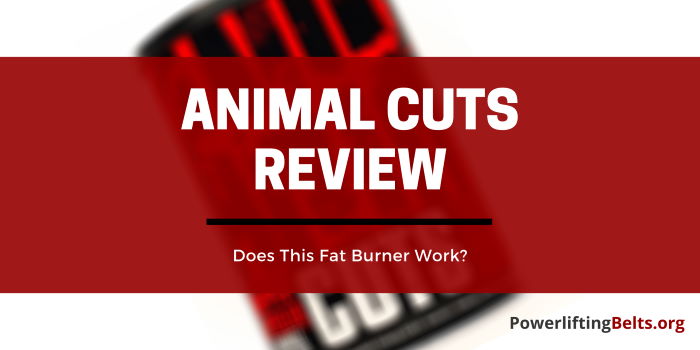 If you are like many people, you may have trouble burning fat and keeping on that muscle. For some people, no matter how hard they try, they just can’t seem to shave off those last few pounds or lose that pouch around their belly.

Many people turn to fat burner supplements that increase metabolism so that their body burns fat more efficiently.

Animal Cuts is a thermogenic weight loss stack. The manufacturer claims that it can help you burn calories from stored body fat and increase your alertness and focus during workouts.

But how good is Animal Cuts?

Can it really help you lose fat and keep on that muscle you have worked so hard for? We will answer those questions and many more in this Animal Cuts Review.

What is Animal Cuts?

Animal Cuts is a weight loss stack product created by US-based company Universal Nutrition. It is not a new product. It was first released back in 2009 and its popularity has spread by word of mouth. 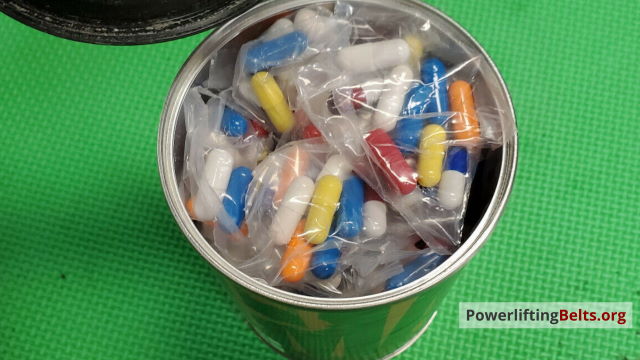 Like many supplements in this category, it gets its fat-burning capabilities from its thermogenic properties. For those not in the know, thermogenic supplements increase fat burn by boosting the metabolism which causes excess body heat, hence the term THERMO-genic. Thermogenics are a popular, relatively new class of weight loss supplements that have seen a lot of success.

Unlike most weight-loss products, Animal Cuts is not a single capsule or powder. Instead, it is a stack consisting of 8 capsules and over 40 ingredients per serving that you take all at once. Each capsule contains different ingredients and has a different function such as reducing cortisol and thyroid support. It also has a capsule to shed water weight, which could make it a suitable supplement for cutting abs.

Who Is Universal Nutrition?

Universal Nutrition has several brands, Animal being the most popular of them. In fact, their Animal products make up nearly 50% of their revenue in the US. Aside from nutrition products, Universal Nutrition sells clothes, accessories, beverages, and Special Care Packages for military personnel overseas.

The company only has 2 complaints on their Better Business Burea page which is surprisingly good for a supplement company. Especially as one of the complaints have already been resolved.

Judging by the product labeling, branding, and online store, Animal Cuts is clearly designed and marketed towards men. However, it is said to work equally well for women and all other genders in between.

How Does Animal Cuts Work? 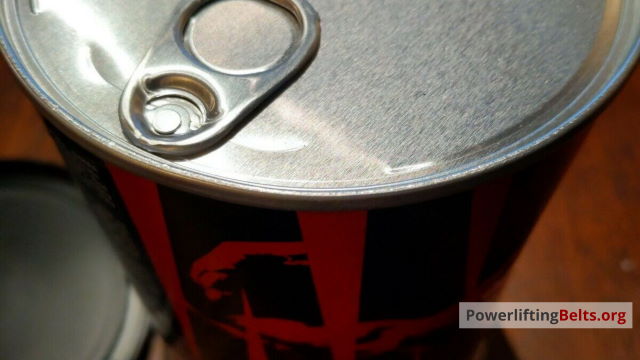 When your metabolism is working harder, your body temperature rises because of all the extra energy it is using. Ideally, this energy comes from body fat stores.

Each of the 8 capsules contains a “complex” that has a purpose. This is somewhat different from the norm of all ingredients being in a single pill like the very simple Nobi Nutrition fat burner.

It is claimed that these 8 key complexes work synergistically together:

Of these 8 complexes, the last one is a special proprietary blend that increases the uptake of the other 7. This is often what black pepper or Bioperine is used for in other supplements.

These complexes seem to try and hit weight loss and the appearance of a ripped physique from different angles. For example, research studies suggest that having a higher cortisol level means it is harder to lose weight. Hence, we have the Cortisol Inhibiting Complex. You could say that there are simply too many ingredients here!

But do these complexes actually work? More on that later.

Thermogenic supplements are often marketed as an easy no-hassle way to burn fat and lose weight. A lot of companies make it sound like you can just take the supplements and the pounds will just start to melt away, without much effort.

While thermogenic supplements can be an effective way to reduce appetite and burn fat, they only provide significant results when supplemented with proper diet and exercise. In other words, Animal Cuts or any fat burner is not a magic pill. You still have to put in the work!

Of course, your metabolic rate is not the only thing that determines weight loss, but it is certainly a part of it. That is why Animal Cuts also contains complexes for other things like water weight, stress-molecule inhibiting, and appetite suppression.

As we said earlier, Animal Cuts is made up of 8 nutritional complexes. We will cover each one here, talk about their ingredients, and what they do. 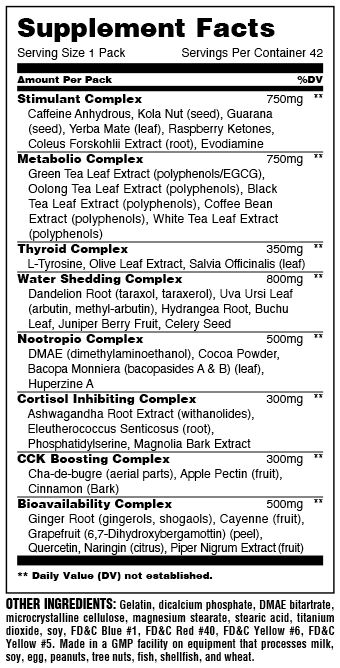 Note: Unfortunately, it is another supplement that contains proprietary blends. So the nutritional label for Animal Cuts only reveals the total mass of each complex, not the concentrations or amounts of the ingredients that make up those complexes.

The stimulant or thermogenic portion of Animal Cuts contains the usual contenders for workout supplements. Compounds like caffeine anhydrous, guarana seed, yerba mate, raspberry ketones, coleus forskohlii extract, evodiamine, and kola nut extract (which, incidentally, is where Coca Cola gets its caffeine from) are present. The stimulant complex is 750mg in total.

Most of the ingredients are indeed known stimulants, caffeine, and guarana seed are extremely popular in workout supplements to increase metabolism and can give you an extra burst of energy.

Evodiamine is another popular ingredient that is distilled from the Tetradium plant and has been shown to reduce fat uptake in animal studies. Yerba mate and forskohlii extract are also known stimulants.

Out of all of these, green tea leaf extract is probably the most well-studied. There is a lot of evidence that EGCG, the main antioxidant in green tea can help people lose weight. It also acts as an appetite suppressant.

Polyphenols are also specifically mentioned on the label. Clinical studies suggest that foods rich in polyphenols can help with weight loss. Similarly, black tea extract has been shown to cause changes in metabolism and is a popular drink for people on weight loss diets.

The thyroid complex is relatively small and contains L-tyrosine, olive leaf extract, and Salvia Officinalis. The thyroid gland controls the production of hormones that can have an effect on the body’s metabolism. These compounds are meant to stimulate hormone production, in an aid to increase your metabolism.

Out of these ingredients, the most well studied is L-tyrosine. Tyrosine is a well-known compound in weight loss and energy supplements. Tyrosine is implicated in the production of several substances in the body, including dopamine, adrenaline, melanin, and other thyroid hormones that regulate metabolism.

Aside from improving metabolism, there is also evidence that tyrosine can improve mental functioning in high-stress situations. Salvia Officinalis has also been shown to have anti-cancer, anti-inflammatory, antioxidant, and antimicrobial properties.

It is well known that professional bodybuilders limit their water intake to achieve a ripped appearance. These compounds are intended to basically make your body excrete water (through sweat and urine) to remove excess liquids from your body.

Dandelion seed has been shown to be a potent diuretic as well as uva ursi leaf. We could not find any reliable studies on buchu leaf, but anecdotal evidence says that it is commonly used to treat bladder and kidney infections as well as STDs.

The nootropic complex contains dimethylaminoethanol (DMAE), cocoa powder, bacopa monniera, and huperzine A. The nootropic blend is meant to improve concentration and mental functioning through the day and during workouts.

It is a well-known fact that cortisol (“stress-molecules”) can contribute to weight gain and make it harder to burn fat. The cortisol inhibiting complex is meant to lower the production of this pesky stress molecule. This complex contains ashwagandha root extract, Eleutherococcus senticosus, phosphatidylserine, and magnolia bark extract.

Ashwagandha root is a popular ingredient in workout supplements and has been shown to improve brain functioning, lower blood sugar, and control cortisol levels. Eleutherococcus senticosus has been used in traditional medicines for a long time and is commonly used to reduce blood pressure and reduce stress symptoms. There is also evidence that Eleutherococcus senticosus can be used to treat cold-like symptoms.

The second to last complex in the supplement is called the CCK Boosting Complex and is meant to suppress the appetite. This CCK booster is designed to reduce sugar and carbohydrate cravings. It contains Cha-de-Bugre, apple pectin, and cinnamon.

Both apple pectin and cinnamon have been used as appetite suppressors for a while. We could not find any evidence that cha-de-bugre is connected to suppressing the appetite, but it has been used to treat cellulite, gout, edema, fever, and can improve blood function.

For maximum effectiveness, the manufacturer recommends that you take two packs a day for about 3 weeks. You are also supposed to take it with meals and to alternate between a 3-week on, 1-week off cycle. 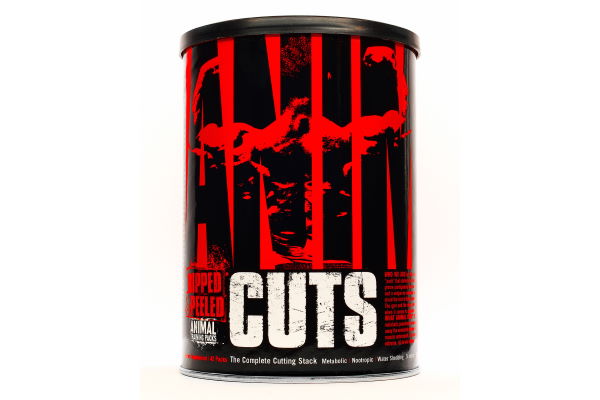 As is the case with any bodybuilding stack, Animal Cuts has side effects, a handful of which can be moderate to severe.

The other side effects are fairly common with workout supplements that have a lot of ingredients people are not used to ingesting. In most cases, these side effects subsist after you get used to taking the supplement.

So, is Animal Cuts worth it? If you are looking for a high-octane way to boost your metabolism and burn excess fat, Animal Cuts can help you reach your goal.

It has a good list of ingredients that have demonstrated effectiveness and the company that makes it has a history of making nutritional products that are respected in the bodybuilding community.

Popular sentiment is high too with the majority of users saying Animal Cuts helped them reach their weight loss and bodybuilding goals. So we would recommend Animal Cuts for anyone who is serious about losing fat and putting on mass.

About the Author: Tom Osborne