Can You Snort Pre-Workout Supplements?

Here's What You Should Know

Can You Snort Pre Workout? 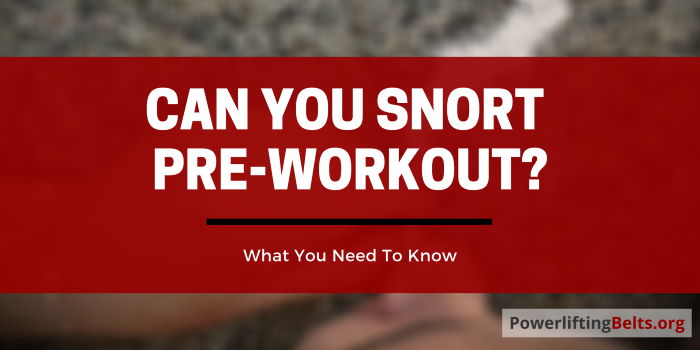 When it comes to working out, there are tales as old as time going around. Nobody knows where they started – and, sometimes, it’s hard to understand why people keep repeating them.

It is natural to wonder what are the effects of taking supplements in different ways. One frighteningly common question in the fitness community is whether pre-workout supplements can be snorted and what benefits come from doing it.

Right off the bat, you should know you can’t inhale your supplements…

It’s a silly idea at best and a dangerous one at worst. And it offers no benefits whatsoever. Let’s dig a little deeper and answer that question thoroughly!

Can You Snort Pre-Workout Supplements?

The short answer is that it carries a number of risks, and it is not an effective way to take your pre-workout supplement.

No, you can’t take your pre-workout powder through your nostrils. Not only are you missing out on a nice flavor as several pre-workout brands are delicious, but you also receive no benefits by doing that. It’s all risk and no reward!

If you’re talking about other products such as whey, you need that in your stomach. You won’t digest your whey protein faster if you inhale it! You might things it’s a good idea to use your mucous membranes to bypass your digestive system and get it into your bloodstream quicker. This is called insufflation.

But if you’re trying to get pumped and consume other pre or post-workout supplements, you still need to digest them to achieve the desired effect! Don’t take them with an intranasal method! 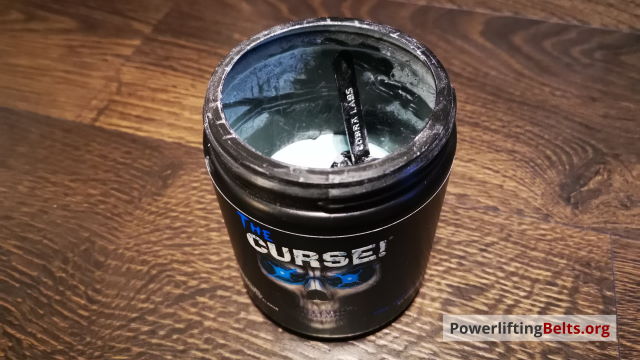 These sorts of supplements have ingredients such as caffeine and other stimulants in them. Plus, they usually have creatine and beta-alanine. The safest way to get them to work is via your stomach, not your nose!

Why Can’t I Snort My Supplements?

If you have ever tried a “snortable” supplement before, it may have made you sneeze. You might have also felt an unpleasant tingling sensation in your nose or even had difficulty breathing because the formula was too strong for you to handle while inhaling through your nose.

There are two reasons why you can’t take supplements that aren’t designed to be inhaled in this way:

First of all, it’s dangerous. It specifically designed to go into the digestive system. You need to mix them with water and chug it away. Nobody truly knows the consequences of snorting pre-workout long-term (because nobody has done it).

But we do know there’s a chance of it getting into your respiratory system… and that’s not good.

Second of all, it’s not a bright idea! Why would you try to consume your supplements like this?

Doing it would be like inhaling powdered milk – you will feel weird or bad but not better in any way.

What Could Go Wrong If I Try It?

A couple of things could go wrong by snorting your powdered supplements. You probably won’t experience the full benefits of it because they are designed to be digested by your stomach. It will likely sting and burn your nose. Then it’ll get stuck in there and block the nasal cavity. You’ll probably end up sneezing a big part of it as well, wasting a lot of it.

By not getting it through your digestive system you will be not allowing your body to naturally filter the powder.

The thing about trying to do this is that a lot of things can go wrong such as causing sinus problems. That last thing that would want is a bacterial infection or sinusitis so there’s not much that can go right. There are no benefits whatsoever to it and it could lead to health issues in the long term such as damaging the structure of your nose.

Then you might need a nasal spray or a nasal douche to clear out all of the supplement that hasn’t been absorbed by the capillaries in your nose.

Rumors claim snorting it makes the supplement get into your bloodstream faster than normal, but they are totally unfounded – and, truth be told, it’s probably the other way around.

After the bodybuilder Rich Piana’s tragic death, worse circulated that he snorted pre-workout. Even his girlfriend told investigators this.

Piana was open about his drug and steroids, including his use of insulin. While he mentioned his use of steroids to be competitive, the reasons behind his heart failure are unknown.

Due to complications at the hospital, the toxicology tests could not be performed. But his autopsy revealed that he suffered from heart disease.

What Else Shouldn’t You Do with your Powder Supplements?

Hopefully, we’ve made it clear that supplements should be drunk for the best results. But here are some other things that you shouldn’t be doing with them either:

The Traditional Method Of Drinking Supplements Is Better

At the end of the day, there’s nothing better than mixing your supplements with water and enjoying it right before you get to the gym. You’ll reap all the benefits of it and without the possible risks of snorting pre-workout.

That’s the way athletes have been doing it ever since supplements existed – and there’s no reason to change it now!