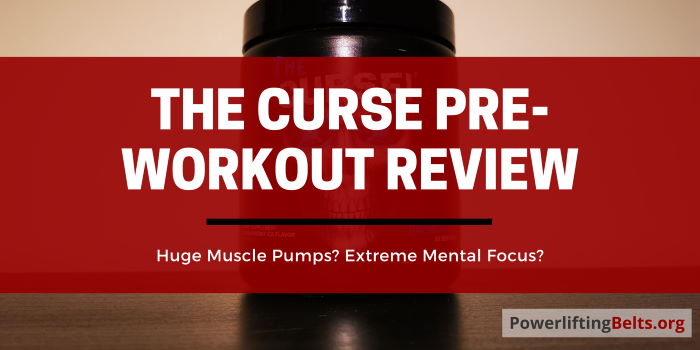 The Curse pre-workout is a popular supplement found in a lot of fitness stores worldwide. It was previously manufactured by Cobra Labs but the company seems to have recently changed its name to JNX Sports.

I was a regular user of The Curse and have been through a few tubs and flavors.

It is clearly one of the company’s flagship products as when you visit their website it is the first thing that you see. It is claimed to provide “savage intensity”, “huge muscle pumps” and “extreme mental focus”.

But does The Curse live up to its claims?

The short answer is yes for me. There a quite a few reviews of this supplement online that give it bad reviews… But they are clearly just reviewing the ingredient list without actually trying and testing out the product. 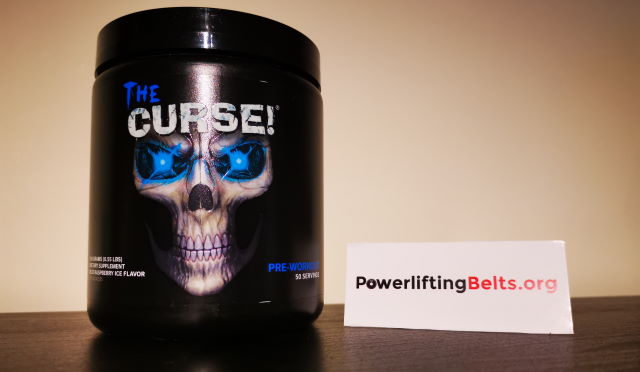 The ingredients list contains many of the staple ingredients of any pre-workout supplement. But you can see that many of them are listed as propriety blend, meaning that we don’t know just how much of each ingredient is included.

The Mind Control Matrix in one scoop contains 155mg of caffeine which is equal to about 1 and a half cups of coffee. So we can also calculate that it also contains 2mg of olive leaf extract. 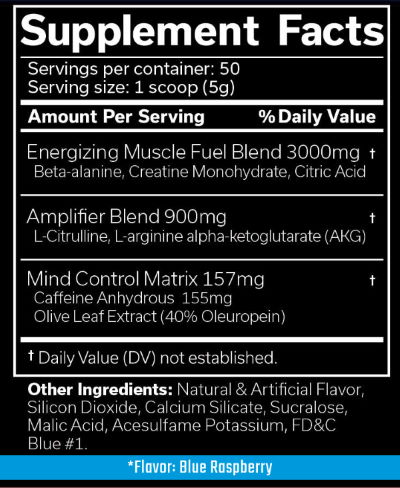 Going by experience, I would say that the Energizing Fuel Blend contains around 1.5 to 2g of beta-alanine. More on why I think that later…

Then there are other ingredients such as coloring, sweeteners and anti-caking agents.

So the supplement does not contain as complex a list of ingredients that some others. It’s missing a few that are quite common such as Acetyl-L-Carnitine or Black pepper extract (Bioperine).

A single serving is a single 5-gram scoop, which it comes provided with. The bottle says to mix 1 to 3 scoops with 150ml to 250ml of water.

Myself, I’ve never had more than 1.5 scoops and that resulted in a bad night’s sleep after. A single scoop for me was always plenty. If it was the case that I had a workout in the evening, I would go for a half scoop and then add extra beta-alanine from a different supplement to top it up. 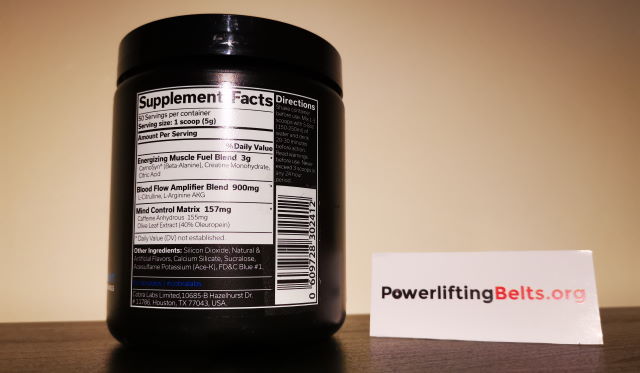 The bottle does say to not exceed 3 scoops in a day. I’ve never got near that amount.

My Experience – How The Curse Performs

There are not many flavors but it is one of the best tasting pre-workouts I have tried. Out of the 3 flavors that I tested, here are my favorites in order:

After trying other flavors, I went back and purchased another tub of Blue Raspberry.

When drinking, it does have a slightly chalky taste. There’s a bit of a tingling sensation in the mouth which is likely the beta-alanine.

So I would regularly take a single scoop in a shaker, before a workout. It would take around 10 minutes or so to start feeling the effects.

I would feel the energy effects of the supplements first. I felt a bit “wired” and sometimes jittery in a way that was more than just a normal cup of coffee. This effect definitely put me in the mood to exercise and helped me with some focus and drive for my routine. I’ve tried a lot of pre-workouts and most of them don’t give me this same energetic feeling. For example, the Dr Jekyll and Mr Hyde pre-workouts don’t give me the same feeling.

One problem was that if I was doing a longer workout (1.5 to 2 hours), this energetic effect would wear off a bit about half way through.

Secondly is the tingling sensation. Some people love this and some people hate it. Sometimes it was a bit intense where I felt like my face was itching. But these effects subsided within a few minutes. This is a sign that it contains a decent amount of beta-alanine.

I’ve more recently used a beta-alanine supplement on its own and I took a 1.6g scoop of that. I think that The Curse contains a similar amount of this, due to the feeling being similar.

Another thing worth mentioning is that even though the energetic effects would dwindle a little halfway through a workout, I would still feel the effects afterward. This is helpful if you want to get something useful done after your session (such as tidy out your closet) but not so much if you intend to go to bed soon after exercise.

All in all, it was one of the better pre-workout supplements that I’ve tried and it certainly helped me with my workouts.

The Curse Side Effects

One thing I noticed often when taking The Curse was that the pre-workout made me need to poop shortly after taking it. This is likely due to the high caffeine content and is quite a common side effect of pre-workouts.

As mentioned earlier, it seems to have a high amount of stimulants in it. So be aware of this if taking it in the evening as it can affect your sleep. If you are sensitive to stimulants, you probably shouldn’t take more than one scoop.

Is The Curse Legal Or Banned?

It seems that there are a lot of false stories going around today about supplements being banned or being too strong. This is an over-exaggeration by those who don’t know much about supplements and partly by marketing from supplement manufactures.

No, The Curse is not banned and it is completely legal and safe. This isn’t Jack3d! The ingredient list is pretty simple compared to a lot of other products

The Curse Vs The Shadow

The manufacturer is also responsible for another supplement called The Shadow. This is marketed as an “intense pre-workout” and looking at the ingredients, it does seem to be stronger than The Curse.

Firstly, the scoop size is 9g which is almost double that The Curse has. So it also has higher volumes of ingredients. Here are a few points as a comparison:

So while The Shadow looks to have an interesting ingredient list, I’m not sure about having that much caffeine in a single scoop is a good idea.

The Curse is a good pre-workout and I used it 3 times a week for months so I prefer it over most of the pre-workout supplements on the market. It’s also widely available at a competitive price making it a reasonable cost per serving.

But it’s probably not the best choice if you are sensitive to stimulants and you intend to take it in the evening.