How To Keep Your Abs While Bulking

Bulking up is a popular method of improving muscular gains when weight training. In essence, it means consuming large amounts of food in order to build muscle more easily. Needless to say, this presents the serious risk of over-indulging in heavy foods and being left with a pot belly even if one’s intentions were only to gain hard mass.

While it is very difficult to gain large amounts of muscle without eating a lot, you do not have to get a flabbier waist in the process if you follow some rules for bulking up appropriately. 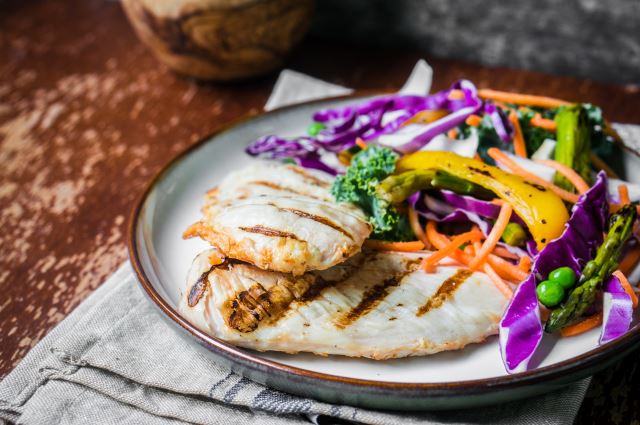 First and foremost, you should know that nutrition is the single most important tool you have for shaping your body. There are many foods to avoid when trying to stay ripped. You should be choosing the right foods for maximum muscle gain without putting on too much fat. The foods used should be high in protein. While vegetables and some other food groups may have some protein, animal proteins are generally preferable because they are more effective (plant proteins must be combined with each other in certain ways to be effective for muscle growth).

Unfortunately, that which comes from animals tends to be relatively high in calories.

You can solve this conundrum by choosing lean sources of animal products which have few calories but a lot of protein. As far as meat goes, fish and white fowl meats are considered standard foods in bodybuilding circles. The chicken breast, shaved clean of its fatty parts, holds a rich store of protein while containing far few calories than the same amounts of beef or pork, for example. Chicken breast, turkey breast, and most types of fish should be your main sources of protein from meat.

As for other foods, certain dairy products can also be excellent fountains of protein that do not require an increase in waist size. While certain bodybuilders recommend whole milk over skim milk for its purported health effects, 0% milk has all the protein with a relatively minuscule amount of calories. While most cheeses are fatty in comparison to lean meat and skim milk, cottage cheese is one product which will not disappoint those who desire lean bulking. 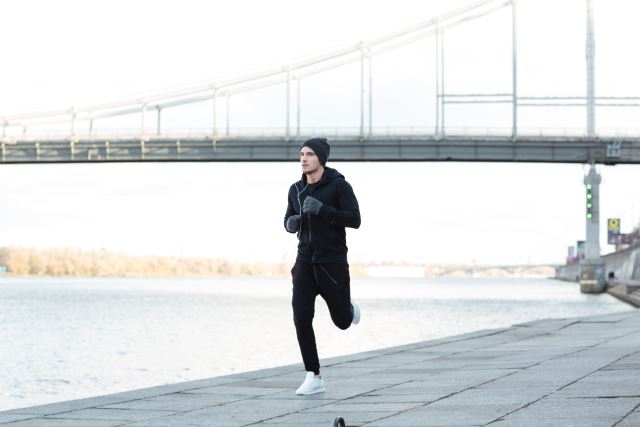 After making sure that your nutritional discipline is reigned in, it is important to keep up the aerobic exercise. Weight training may be strenuous exercise, but its caloric demands are paltry compared to those of full-body aerobic exercise. The problem is one of simple volume – during weight training, you are generally using smaller muscle groups in isolation, which doesn’t burn many calories. With jogging or swimming, on the other hand, you are using your largest muscle groups (or indeed your whole body) for long periods of time.

For most people, jogging strenuously for 15 minutes can burn more calories than an anaerobic routine can in one hour.

As the famed six-pack requires a low level of body fat, aerobic exercise should be incorporated into your routine regularly. Some bodybuilders warn that too much aerobic exercise can tire you out for workouts. There is no doubt that if you want to bulk up, you need to put most of your concentration and energy into lifting. However, daily aerobic exercise for 15 minutes to one hour should be very effective in keeping your body fat down if you are not overindulging at the lunch table. The most effective exercises for this purpose tend to be those that engage as much of the body as possible, such as jogging or swimming.

Boosting the metabolism during these cardio sessions are also beneficial in keeping the body ripped.  The best shredding supplements will help with this along with giving you extra energy for your cardio sessions.

Ab Exercises In Your Workout 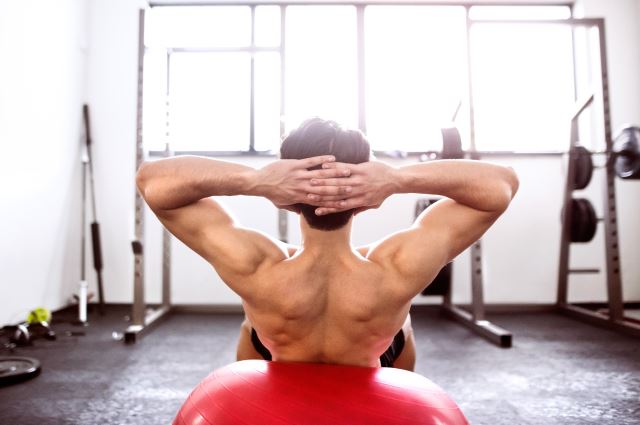 While excessive amounts of muscle growth in the abdominal area is undesirable for most, it is worth mentioning that some amount of hypertrophy training for abdominal muscles can help bring out their appearance. Lifting heavier weights with the abs will help to increase their size as your body grows and some ab belts can help with this also. Depending on how much bulk you intend to gain, this can improve the appearance of the six-pack.

Muscle growth is achieved fastest when you choose a weight you can only lift 8 to 12 times and use that weight in your workouts. Many people neglect their abs by doing basic sit-ups or crunches without any weight. Unless your midsection is particularly weak, this will usually not lead to muscle growth. You can stimulate some growth by adding weight to your abdominal routine. For crunches, you can exercise while holding a plate of weight at the back of your head. With leg raises, you can increase the weight with ankle weights.  There are also great alternatives to crunches when exercising your abs.

Many people mistakenly believe that exercising a muscle with low weights continuously can lead to the development of “muscle hardness.” In reality, using light weights is a good way to exercise for endurance. Hardness is actually achieved mainly with increases in muscle size, or hypertrophy. With regard to the six-pack, exercising the abdominal muscles for growth will have the added effect of increasing their “hardness” and thus improving their appearance even at higher weights.

Arnold Schwarzenegger, in his seminal work “The New Encyclopedia of Bodybuilding,” also claims that lifting heavy weights for few reps during your sets will help to increase the “density” (hardness) of muscles.

There does not appear to be any scientific consensus on this from exercise scientists, but the anecdotal evidence from bodybuilders such as Schwarzenegger lends the idea credence. In order to improve the hardness of the abdominals, then, you should exercise them rigorously for size and strength. This will increase their visual conspicuousness and endow you with a beach body even as you’re bulking up in other areas.

These are the building blocks for maintaining the appearance of your six-pack even while growing bigger. If you adhere to good discipline in these areas, then you will be successful. Often ignored, but always important, motivation also deserves mention in your quest for aesthetic perfection. It is important that you keep up with your program on a daily basis. This may mean having to become creative in your workouts. Some people cannot stand the grind of jogging or swimming; they may want to play a few games of basketball instead. Others dislike the taste of chicken breast – turkey or lean ham may be a better choice. Tailor your program to make sure you will keep up with it.