It Works ThermoFight X Review - Is It Worth Trying? 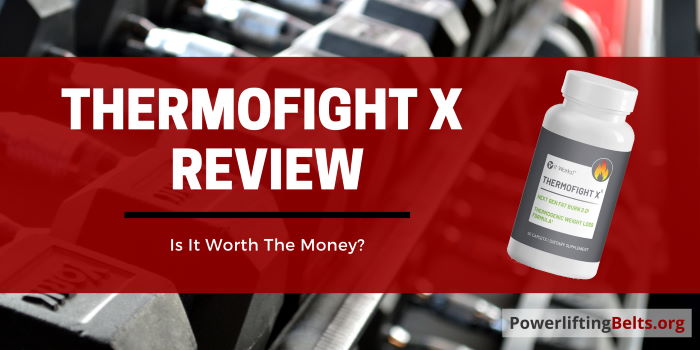 There is a huge market for weight loss pills nowadays. As many Americans live relatively sedentary lives, many people turn to supplements for fat loss, and appetite suppressant effects.

Some supplements are great and others not so much…

ThermoFight X is a relatively new fat burner supplement that claims it can help increase your metabolism, help with your diet and fat loss. The manufacturer, It Works makes a lot of claims about its benefits and effects.

But in a world full of bogus supplements and fake reviews, can you take them on their word?

That is why today we are going to cover ThermoFight X and give it a full review. We will cover the pros and cons of ThermoFight as well as any other relevant information like how it works and potential side effects.

Then we will give our verdict on whether ThermoFight X is worth buying and using.

What are It Works ThermoFight X Pills?

ThermoFight X is a fat-burning supplement that markets itself as “Next Gen Fat Burn 2.0”.

The 2.0 is the latest version of the supplement where they seem to have replaced vitamins with more caffeine and jalapeno pepper. More on that later…

Thermogenic means “produces heat” and refers to how the supplement works. Thermogenic supplements increase your body temperature and boost your metabolism.

To that end, a thermogenic for cutting like ThermoFight X contains a complex of ingredients that are meant to boost your metabolism’s activity. “Thermogenic” is not really a medical or scientific term. It is a marketing term so it must be taken with a grain of salt.

So, if you see the term thermogenic on a supplement, check the ingredients list to see if they will actually have the desired effects. Skald is another fat burner we have covered in the past with similar claims. 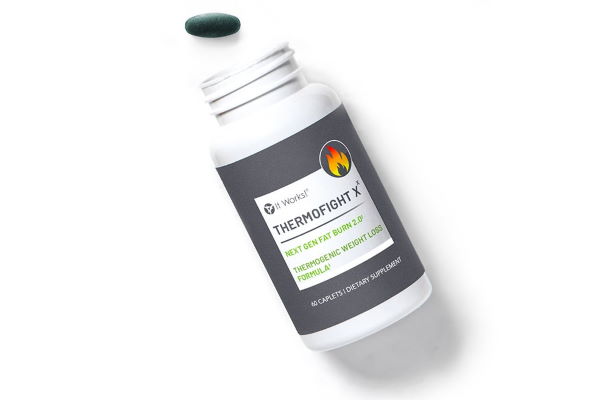 Here is what the manufacture claims about their product:

Losing 31 pounds in 90 days is an amazing claim, to say the least! ThermoFight X also claims it is made with 100% organic, non-GMO, and vegan ingredients so it is suitable for anyone to take.

ThermoFight X is made by It Works, an MLM company based out of Palmetto Florida. It Works was founded by Mark Pentecost, a former math teacher turned health supplement seller after his own experiences with the health industry.

It Works has claimed to have made over $1.2 billion dollars over the past few years and sold their products to millions of people. However, we were unable to find any reliable documents proving these claims to be true.

They have a C+ rating and an extremely low 1.73 out of 5 rating out of over 400 reviews. That is very low and the majority of the reviews claim that the company is a scam and took their money.

We also found a Trustpilot page and it similarly has a very low 2.1 out of 5 rating from nearly 500 reviews. The vast majority of these reviewers claim the same thing: the company has terrible customer service and will take your money without supplying your products.

A lot of these reviews are pretty typical for MLM companies. These kinds of companies have received a lot of criticism for their revenue structure, unclear pricing structure, and confusing purchase plans that commit people to memberships without them knowing it. So, it does not look very good for It Works. They seem to be another typical MLM company that makes big promises but does not deliver.

To be fair, just because the company is bad does not necessarily mean that the products they sell are similarly bad.

However, we should mention that It Works does not seem to have customers reviews on its page. We usually take that as a bad sign. After all, if your products are actually good and do what they say, why wouldn’t you want people leaving reviews on your website?

Besides, through all the reviews on other outlets, we could not find customers praising any of their products, including ThermoFight X.

So if you just look at company and customer reviews, things do not look very good for It Works or ThermoFight X.

How Does ThermoFight X Work?

Like we said earlier, ThermoFight X is marketed as a thermogenic fat burner, meaning it works primarily by increasing your metabolism, which consequently increases your fat burn.

First, a few notes about the general consensus in the medical field about thermogenic supplements. There are still not many studies about thermogenesis out there, but the ones that do exist paint a complicated picture.

Double-blind studies of thermogenesis have shown that taking single doses of thermogenic supplements and substances can increase your resting metabolic rate by an appreciable amount, but it is not clear whether they are effective for helping you lose weight.

ThermoFight X says that it is made with common thermogenic ingredients such as caffeine, cayenne pepper, and jalapeno pepper. These kinds of ingredients have been shown to help lose weight and raise resting metabolic rates.

ThermoFight X also says that it works by increasing ketone production. For those not in the know, ketones are produced by the body during periods of fasting and help convert fats into energy. Ketone production is actually one of the main mechanisms behind the keto diets for weight loss.

ThermoFight X also claims that it uses “clinically proven” weight loss ingredients, but does not provide any sources to back up this claim. It seems to be latching onto the keto trend in a similar way that the Nobi Nutrition fat burner did.

So while ThermoFight X claims that it works it does not provide any good research to support its claims. 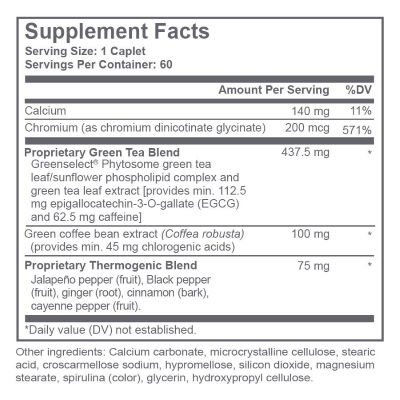 Green tea extract is a common supplement in workout supplements and works as a stimulant. There are studies showing that green tea leaf extract can suppress the appetite, increase energy levels, and facilitate weight loss in conjunction with exercise. Green tea leaf also has antioxidants, which can benefit the immune system.

ThermoFight X also contains epigallocatechin gallate (EGCG) as part of its proprietary green tea blend. This is a plant-based compound that is believed to help reduce inflammation, promote weight loss, and prevent heart and brain disease.

EGCG also seems to have antioxidant effects that prevent cellular damage from free radicals. ECGC is found naturally in several plant-based foods but is also synthetically produced for health supplements.

Caffeine is another popular ingredient in workout supplements. Caffeine is a natural stimulant and has been shown to depress the appetite and provide energy.

Caffeine also can boost metabolism which can increase your fat burn when conjoined with exercise.

Unfortunately, the ingredient list doesn’t state just how much caffeine is in each serving. This may be concerning for those who are sensitive to caffeine.

The chlorogenic acids found in green coffee beans is believed to help lower blood sugar level the reduce insulin spikes. It does this by lowering the absorption of carbohydrates within the digestive tract.

Chlorogenic acids may also lower cholesterol, boost fat metabolism, and reduce triglyceride levels. However, more research studies on humans are required to back this up.

Vitamin B12 is key in some essential bodily functions, including the formation of red blood cells. Vitamin B12 has recently been linked to weight loss. But as Healthline mentions, this assumption could be wrong.

Vitamin B deficiency can lead to feeling lethargic, cognition, memory and nerve functions. So inclusion in this supplement may support these functions but individuals with serious deficiencies should consult a physician.

Note: Vitamin B12 has recently been removed from the formula.

Cayenne fruit has been a well-known medicinal substance that has been used for generations. Cayenne fruit contains capsaicin (the thing that makes pepper spicy) which has been shown to suppress the appetite and boost metabolic activity. Studies have shown that even an amount of capsaicin as little as 2.56 mg can promote fat burn and body fat oxidation.

Chromium is also used by medical professionals to treat metabolic syndromes. However, most research on Chromium has been performed on patients with diabetes. There is no evidence that chromium has the same effects in non-diabetic subjects.

Ginger is a common substance that has been used in several health and wellness supplement products for a long time. Ginger is commonly used to prevent obesity and is very high in amino acids and minerals such as magnesium and phosphorus.

The manufacturers of ThermoFight X recommend that you take 2 capsules a day, once in the morning, and again before your daily workout routine.

ThermoFight X is not recommended for pregnant women to take and also should not be taken by children under 18 years old.

ThermoFight X manufacturers recommend taking 2 capsules a day, once a morning, and again before your daily workout routine. This is a small number of capsules when compared to supplement such as Animal Cuts.

ThermoFight X is not recommended for pregnant women or children under 18.

In some cases, thermogenic supplements may interact with other medications unknowingly. You should always talk to your doctor about taking a new supplement, including ThermoFight X.

ThermoFight X may have some negative side effects. Some potential common ones may be:

Most of these side effects may be explained by the unknown (but likely high) amount of caffeine in the blend.

ThermoFight X claims to be a next-generation fat burner. But it doesn’t contain anything groundbreaking or different from any other weight loss supplement out there.

It contains scientifically backed ingredients and many of them are new with recent research supporting them. PhenQ’s active ingredients include niacin, vitamin B3, and a-Lacy Reset, making it a real next-generation fat burner.

About the Author: Tom Osborne